All You Need To Know About Your Car’s Alternator - Otobots 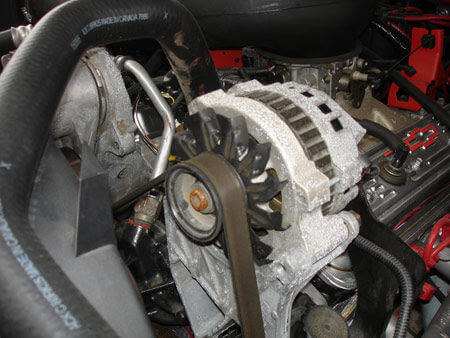 Purpose of the Alternator
The alternator is an important component of the car. It is the part of the engine which produces electricity. This electricity is generated by the crankshaft which rolls along with the belt attached to it to create electricity. It helps ensure that the engine and the rest of the parts get power they need to function perfectly. The alternator is connected to the battery and rest of the car by the lines which go in and out of the alternator. When a part is not being used when the car is running, it is used to charge the battery. It helps avoid car starting problems due to battery charge being low.

Signs of problem
If the car is facing problem while starting or staying on, that could be a sign that there is a problem with the alternator or it has failed. When the lights of the car get dim while you are driving at night it is a sign that the alternator is facing a problem. Alternator problems should never be avoided and need to be checked immediately. If the alternator is not diagnosed and repaired on time, it would drain the battery quickly and you might even have to get the battery replaced due to excess load. By getting the alternator replaced as soon as possible it will help increase the lifespan of the car and certain parts that get affected by it. It will help you get a better driving experience.

If you feel that there are some points that you still don’t understand about the alternator or want to know more about the types of alternator problems, consult a local mechanic near you to get more information about it. Even if you go to an auto repair shop or hire a mobile mechanic to get the auto repair done, ask them questions regarding any doubts you might have.