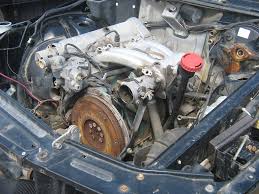 Clutch Problems
When the gears are shifted at high speeds or at irregular speeds, it will harm the transmission system. There are speeds at which it is suggested by mechanics to shift the gears which if not done correctly harms the system. It is not that big of a problem with the automatic cars as they shift the gears automatically. It is suggested to shift gears properly to ensure the gearbox and the transmission system can last long.

Rough Driving
When the car is driven roughly and brakes are pressed often, the gears need to be changed frequently as well. It harms all the parts of the car in general but harms the transmission system and the braking system the most. The sudden shift of gears creates problems as sometimes when the car is slowed down suddenly, the gears need to be changed in inappropriate order to get on with it. If the car is driven rashly the transmission system will fail sooner or later depending on with wears out first.

If any symptoms are noted, get the car diagnosed to avoid a breakdown. The car cannot function if the transmission system fails. It is suggested by mechanics to get it checked by professional mechanics only. Search on the internet for mechanics near me to hire mobile mechanics or ask friends and family for the suggestion about a local auto repair shop near you.